What Bipolar Disorder Taught Me 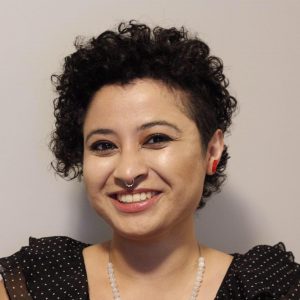 It is flow — unobstructed.

It is living authentically.

Happiness is so simple.

why does allowing ourselves to be happy seem so damn elusive?

The idea that I could live a perpetually happy life is something I’ve deeply contemplated since I was a child. For longer than I’d like to admit, I genuinely believed that we were allotted a finite supply of happiness. If it was an odd numbered year, I was confident it was going to be a terrible year. If it was an even numbered year, I suspected it would be a great year. In 2013, however, my conviction in this paradigm began to wither.

I firmly believe the Universe gives us exactly what we need. At that time, I really needed to believe that consistent happiness could be a reality, regardless of what year it was. And once I was convinced, the Universe moved on to a deeply needed lesson: navigating the waves of uncertainty. It is easy to act “enlightened” when your life takes a predictable path. It is a far different story when that predictability is invariably challenged. In 2015, I found myself struggling to healthfully cope with anxiety and panic attacks. I sought help from my family doctor, who diagnosed me with depression and prescribed me medication. And, for a month, everything was great. In fact, it was fantastic! My creative juices were flowing. I was more outgoing. I took greater risks — one of which was the decision to enroll in massage therapy school. I felt as though anything and everything was possible.

But, I was severely neglecting my self-care. I woke up early and went to bed fairly late. I would have incredible conversations with people I had just met and fail to recognize I hadn’t eaten in many hours. This culminated into a dangerous situation — I lost touch with reality, also known as psychosis. I spent my 27th birthday recovering in a psychiatric ward. There, I received the diagnosis of bipolar disorder. Thereafter, I spiraled down into the rabbit-hole of depression. Anyone who has battled depression can attest to how infuriating the phrase “happiness is a choice” is. Sometimes, happiness doesn’t feel like a choice that can be made.

We can begin by practicing. Practice showing gratitude for the little things. Getting out of bed, taking a shower, and having a breakfast may not seem like much, but after depression, I began to see it for what it is: a huge feat. Even basic self-care can be a challenge — celebrate it. Celebrate your emotions! I reached a point where I could not feel sadness or anger about things that are actually upsetting, and it sucked! The emotions we don’t always enjoy: the anger, sadness, fear, shame and guilt…they are what makes us alive. Be curious about them. Listen to what they have to say. They are a beautiful inconvenience and they are truly one of the best parts of being human.

Happy is about living in the moment, even if that moment isn’t “perfect”. It rarely is. But if we can learn to (metaphorically) sit in the comfort or discomfort of it all, we can save ourselves so much unnecessary heartache. We can learn to see things as they are and not fabricate ideas aren’t truly there. Our minds like to stay busy, which is why I strongly urge you to get on the mindfulness practice bandwagon. No, you don’t need to sit in lotus pose and say “Aum”. Take a peek at how you may already be incorporating it into your life and practice, practice, practice. You don’t need to pretend to be in Zen mode. Acknowledge what your reality is. I am sad, and I am or am not okay with that. I am ashamed and I think I’m okay with that. Or I am happy most of the time and I love that.

Detox Products at Wellness on Whyte

Health as an Experience

A Magical Afternoon with You