I AM HAPPY by Aziz Merchant

Is happiness mere absence of sadness? Is happiness a feeling we are all entitled to due to some special karmic privilege? Quite often in my practice have I asked my patients if they were happy with their lives, and this question would provoke a thoughtful introspection. Some ponder over the true meaning of happiness, some try to grasp if what they perceive as happiness is really what it is, or not. Do worldly pleasures, possessions and power equate to being happy? Being accepted for who you are- does that make one happy?

I would like to introduce you to Tessa, a 15 year old high school student who suffers from crippling anxiety and depression that has worsened since she was in kindergarten. At age 5 she was admitted to the Glenrose Rehab hospital where they opined that she suffered from ‘sensory overload’ and the only way she could communicate even with her parents was through art.

She seemed reluctant to be there at the first consult. Her mother could not bear to see her wither away and so the parents decided to see me. She was unable to stay awake in class and slept through most of her school periods. We found common ground in art and discussed our favourite mediums- what colors made us happy, what are the things that inspired us. This was the perfect entry point to this case. She did not like bright colors- they stressed her out, and she preferred drawing dead things since they were ‘safe’. Tessa’s evolution of symptoms was as follows:

She was always a shy kid, who would avoid people and at times begged to stay away from school. Cried a lot, feigned sickness, anything but go to a small town school where everyone knew everybody.

“I would cry and people would just look at me weird! When I need to cry, I cry!”

In spite her preference to stay away from people; she was equally depressed when left alone. Her parents decided to change schools in Junior high so that the ‘mean girls’ would not bully her. But her awkwardness in a new school was no less than a wounded zebra left alone in the Serengeti.

There were too many stressors to count- large crowds, small spaces, socializing- especially with new people, being the center of attention, being left alone, bright colors, people looking at her, being touched, sudden movements/ noises, not being in control, cameras, confetti (too many colors at once and chaotic!), anticipating messages from classmates on social media and the politics of being a teenager, thinking about her future- life was stressful. No wonder, inanimate objects and dead carcasses drawn with charcoal in various shades of black was her only salvation. 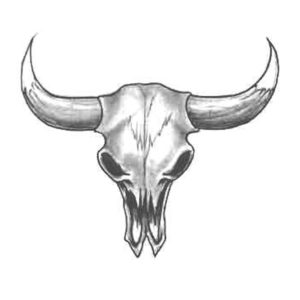 Numerous anxiolytics and antidepressants were tried which did not help. Some of them made her cut herself. The only measures that afforded relief were sleeping, listening to music and drawing.

I asked her what the 3 things she wanted to change were:

We had a deep discussion about peer pressure, about what are the ingredients that makes bullies in schools, and realizing that they come from even darker places and the reason they ‘act out’ is nothing but a cry of help and did not mean something was wrong with Tessa to be picked on. Tessa has extremely supportive parents who can discuss sensitive issues frankly with their children. There were no indications of abuse in the household what so ever. We made a game-plan to tackle this by having her control over how she wants to plan this- she decided to delete most of her social media accounts and mute notifications from negative influencers. No exposure to screens after 7pm (phones, tablets, computers) and instituted sleep hygiene practices, daily dose of 4,000 IU of liquid Vitamin-D . I recommended her to stay on the Venlafaxine until we were sure the Homeopathics kicked in and then plan a wean off schedule with her family physician onboard.

The core feeling around Tessa’s anxiety have always been the same, just intensifying over time compounded by pubertal changes. Anthropophobia with gothic art expression and a fascination of the dead.

Only strong characteristic symptoms were considered to analyze her constitutional remedy along with innate qualities that were unique to her individuality as follows:

The crux of the analysis was this rubric (rubric in bold and remedies abbreviated below):

It is safe to rule these remedies out since they do not match Tessa’s personality profile. This leaves:

Carboneum sulph (carbn-s) – Usually indicated in geriatrics- old, broken down constitutions that have bore years of alcoholism and are in later staged of multiple organ failures and dementia.

Cenchris contortrix (cench)- made from the venom of copperhead snake aptly manifests symptoms of acute poisoning and mental and physical restlessness coupled with symptoms of bipolar disorder. Highly suspicious and delusional.

Conium maculatum (con)- Patients who respond best to this remedy are quiet, timid, dull who suffer from constant ‘brain-fag’ and have incipiently developed emotional flatness or hardness which leads to indifference and depression in older age group and misanthropy, aversion to society yet fear of being alone in younger individuals.

Tessa fit this last profile better in terms of gestational history (her mother was on Effexor almost the entire time she was carrying Tessa), physical generals (stony hardness of callosities on her feet, stony hard wrist ganglions, tendency to form tonsilloliths, intense sleepiness during the day, unable to sleep late into the night and strong mood swings and irregular periods) and psychological profile.

On 16 Dec 2019 she reported improvement in appetite and ability to get up to go to school. Is making a conscious effort to talk more and able to focus better in classes now. However, her mother mentioned she was more cranky and still tended to sleep upto 10 – 12 hours a day and more sensitivity to smells.

18 Jan 2020: I barely recognized her at the clinic. She had a different hairstyle and a confident posture and reported even fewer episodes of falling asleep in school, which in turn made her happier and feeling light and confident to take new decisions. “Thing are falling in place!” exclaimed her mother.

25 Jan 2020: Not as cranky any more. More of an appetite than before. Her mother said she is more ambitious now and cannot stop talking about things she wants to do, and finds ways to do them and solving relationship issues for her friends! She finds herself more comfortable in large groups and feels confident in voicing her opinions.

Previously on the drive home from school, her response to “What happened at school today?” was an indifferent “Eh” while as now, there are so many stories and one time mother had to pull over on the range road since she could not stop laughing at what Tessa described was a humorous episode in class!

Yet, the evidence of transformation that took the cake was:

A smiling ostrich! Her drawings were less morbid and more quirky. She still finds bright colors too overwhelming but they don’t seem to bother her as much as they did before. 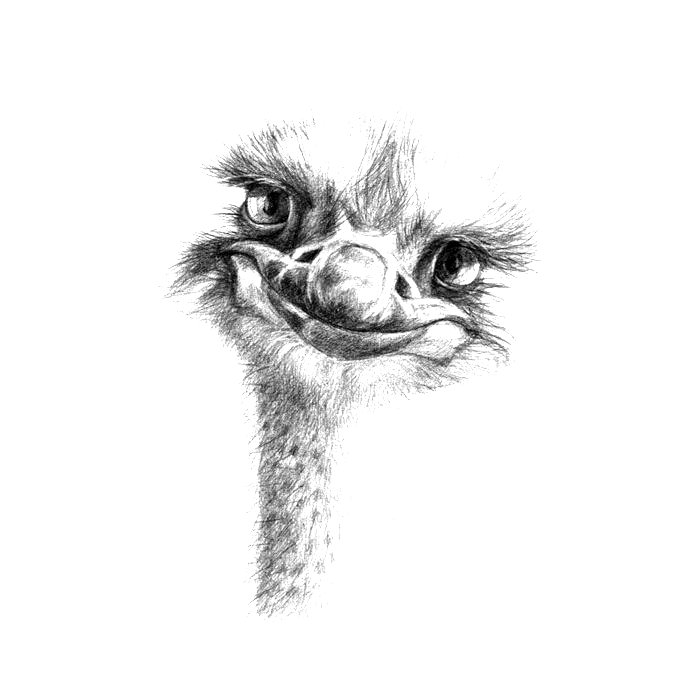 We started tapering the Venlafaxine in early January on an 8 week schedule, and she keeps reporting improvements in her moods and academic performance. We will be monitoring for withdrawal symptoms, but under the umbrella of the right Homeopathic remedy, she has been recovering exceptionally well.

The correct constitutional Homeopathic remedy albeit in mind bogglingly gentle doses, can have profound effects on one’s mental and physical health. Health isn’t merely absence of disease, similarly, Happiness isn’t simply absence of sadness. It is the ability to bounce back and this is possible when the body’s vital force is stimulated by a remedial agent that shares a similar energy and vibration. This is why Homeopathic remedies can effect long lasting results and not create dependencies since they work with the body’s resources and will.

Tessa did not change her school this time around, still shared the same friends’ circle- all her stressors were in place. What had changed was her perspective and her ability to perform an emotional triage and realize what were things better ignored and self loathing was swapped with self-care. In my opinion, one realizes true happiness when one is truly content of his/ her space and feels satisfied with his/ her life and all that has been offered.

“Happiness is when what you think, what you say, and what you do are in harmony.”
― Mahatma Gandhi

Names have been changed to preserve patient confidentialty

Creating Ease in the Present Moment